CHARACTERISTICS OF OUTSTAFFING AS A FORM OF PERSONNEL PROVISION 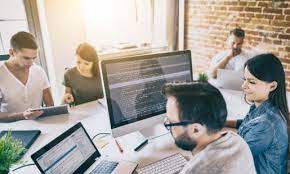 Outstaffing, as opposed to the outsourcing of personnel, assumes staff augmentation, who is on the staff of another company executor, to carry out work under the control and at the direction of the customer.

-The main contradiction of this form of personnel attraction is that the client uses the personal labor of a citizen with whom he has no labor relations and for whom he does not act as an employer. That is, workers are taken as if on loan for some time for payment to their employer. In practice and the legislation the term "contingent labor" has already been formed.

Thus, precarious work is defined as work performed by an employee on the orders of the employer in the interests, under the direction and control of another economic entity, which is not the employer of the employee.

Since 2016 this type of activity is prohibited, except temporary hiring of personnel from an officially accredited agency that does not apply special tax regimes. Thus, currently, the possibility of outstaffing in practice is limited.

-The main characteristics of outstaffing:

The presence of 3 subjects - the customer, the executor, and the employee;
The mismatch between the place of work performance and the official place of work (at the executor's) for the worker;
regular performance of labor functions outside the employer's location.
The negative moment of application of such practice is the lack of interest of involved workers in the results and quality of their work, which can negatively affect the financial position of the client.

-DIFFERENCES BETWEEN OUTSTAFFING AND OUTSOURCING
Despite certain common features in the presence of the client, executor, and workers, as well as in the transfer of some functions to outside personnel, there are fundamental differences between outstaffing and outsourcing companies.

According to the table, the difference between outsourcing and outstaffing is expressed primarily in the subordination of the worker. In outsourcing, the influence of the customer is minimal and clearly sanctioned by the performer. In the second case the employee is completely dependent on the customer in terms of the order, list, conditions and timing of work.

-This is not the only difference between outsourcing and outstaffing, because when hired personnel are used the deadlines for work execution are not fixed in advance, as a rule, but are set by the customer in the process of using workers' labor. Outsourcing always has a written contract stipulating the desired timing of the work.

The difference between outsourcing and outsourcing is that the latter can be used not only for auxiliary, but also for the main production functions of the company, compensating, for example, a partial/temporary shortage of personnel.